It’s been proclaimed dead, it’s been said that its heyday is past, that it’s yesterday’s news. It’s an old design, and we’ve moved past the Springfield; our new designs are vastly superior, relegating this cartridge to the old folks’ home. I say that nothing could be further from the truth, at least from the hunter’s point of view.

I’ll give you this: the .30-06 Springfield is boring. That statement is not meant to be derogatory; in fact, the opposite is true. The .30-06 Springfield works so well, so reliably, that there really isn’t a whole lot left to be desired. Though it has been with us for over 110 years, it remains the benchmark by which all other .30-caliber cartridges are measured. It’s light enough on the shoulder, yet gives velocities that are nearly perfect for the hunting fields. Its position has been challenged for almost a century, yet when you sit back and look at it, the Springfield gives us exactly what we need. 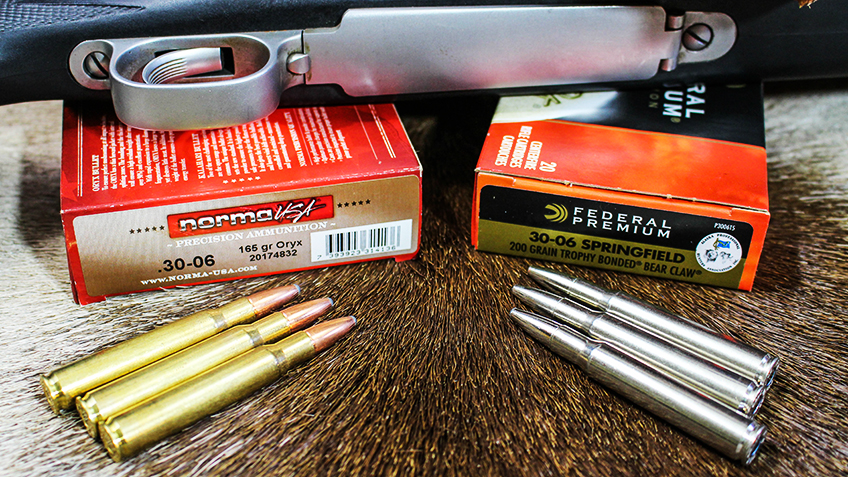 It can be a flat-shooting cartridge, well-suited to the mountains and plains, yet when loaded with the heavier bullets, can take almost all the world’s big-game animals, save the true heavyweights. It is an all-around choice for the hunter who wants just one rifle, yet it complements the big-bore rifles very well. It has one of the best selection of bullets of any caliber, and ammunition for the .30-06 is available nearly anywhere. While it could be argued that it is one the heavier side of cartridges for deer hunting, it has and will continue to account for a whole lot of deer.

So, what is it about the .30-06 Springfield that makes it fare so well against all the other designs? If the history of all the cartridges were to be erased, would the Springfield still hold a position at the top? I think so, for a good number of reasons. 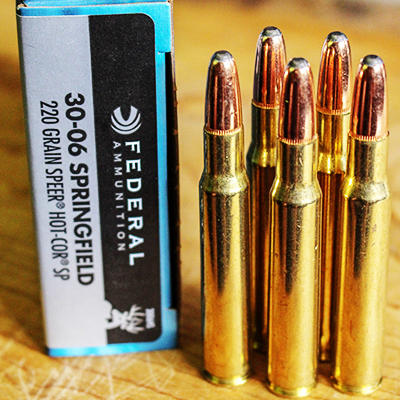 The smaller-cased .30s like the .300 Savage, .308 Winchester and even the now-rare .30 T/C—which are excellent choices for medium game—have trouble using bullets much heavier than 180 or 200 grains. Their velocities drop off considerably with the heavy bullets, though modern premium projectiles may raise the question of whether or not a .30-caliber bullet of more than 180 grains is actually necessary. Still, as effective as the short-action cases are, they do have trouble matching the velocities of the Springfield. Now, I’ve hunted with a .308 Winchester for deer and black bear in my native New York for decades and it has served me very well, but no matter how hard I tried, I cannot get ’06 velocities from my .308. As the shooting here is definitely on the close side, I haven’t really needed more than the .308 Winchester could give me, but once I began hunting around the world, I felt as though I needed the option for a bit more.

I was given a .300 Winchester Magnum for my 30th birthday, and we became fast friends. It was an Interarms Mark X rifle, lacking in the looks department but delivering big time in the accuracy department. I took it as my light rifle on my first safari, and took my first head of African game with it, loaded with 200-grain Swift A-Frame bullets. It provided a visible improvement in striking power and trajectory over my .308, but that came at a price: increased recoil. Now, I’m not overly sensitive to recoil, but sit at the bench with a .308 Winchester, .30-06 Springfield and a .300 Winchester Magnum, and you will quickly feel the difference in recoil. I’m not saying it’s a huge issue, but I am saying I’ve met more than a few shooters who can shoot an ’06 well, but fall apart with a .300 Magnum. The 200 fps velocity gain in the .300 Winchester—and the .300 H&H, .300 WSM and .300 Ruger Compact Magnum could be thrown in as well—translates to a 3- to 4-inch trajectory advantage at 400 yards depending on the bullet; with a 200-yard zero, the .300 Winchester will drop 19 inches, and the .30-06 will drop 23 inches.

Ramp up to the bigger .30-caliber cartridges like the .300 Weatherby Magnum, .300 Remington Ultra Magnum and .30-378 Weatherby Magnum, and you’ll see 500 to 600 fps velocity gains over the .30-06, but with a radical jump in recoil and report. I’ve shot and loaded a whole bunch of these giant cases, and while they can be accurate and flat shooting, they come with their own issues, namely burning near to 100 grains of powder in addition to the bolt thrust, and the fact that most of these rifles come with a muzzle brake to tame the ferocious recoil. Trust me; they’ll flatten your ears. 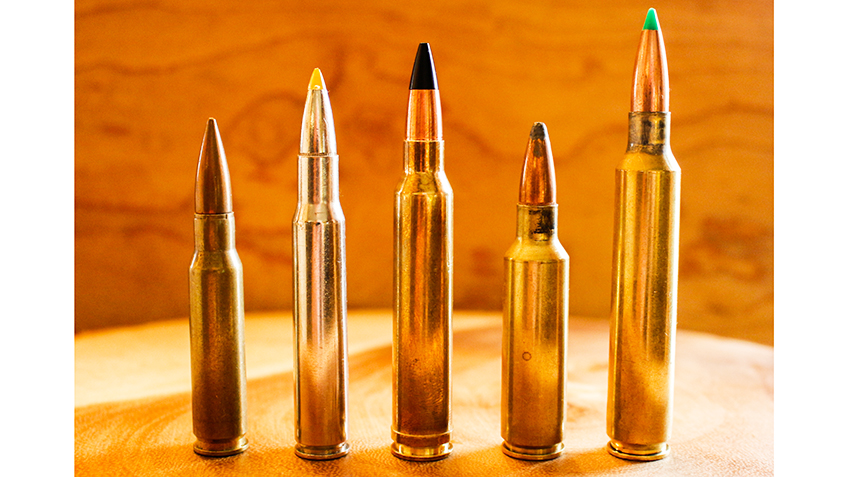 I find the .30-06 Springfield to be smack in the middle of the useable velocity ranges for .30-caliber cartridges. It is an efficient design, giving everything a hunter could want, within sane hunting ranges. My personal limit is 400 yards, and then some under near-perfect conditions, and the .30-06 can handle that range with its compliment of bullets. It maintains a velocity advantage over the .308 Winchester, and it’s much easier on the shoulder than the magnums.

On my last safari to Namibia, where I brought a .300 H&H along, we had a bit of a luggage debacle; my pal JJ Reich from Federal ammunition didn’t receive his suitcase or rifle case for several days. He was hunting with me using a borrowed Kimber .30-06 Springfield. We hunted together, me with the magnum and he with the Springfield, and we both took good animals at distances between 190 and 275 yards; no animal could tell the difference between the two cartridges, nor could I.

Best Bullets for Black Bear | An Official Journal Of The NRA

Behind the Bullet: .275 Rigby | An Official Journal Of The NRA

END_OF_DOCUMENT_TOKEN_TO_BE_REPLACED

Ideal for float-trip hunters, duck hunters, or anyone who transports their firearms on or around water, the Floating Gun Case calls on high-density floatation foam to prevent firearms from submerging if dropped in deep water.

Fall/Winter/Spring Food Plot Blend from Antler King provides a food source throughout hunting season and beyond, with the protein and energy deer need to stay healthy and grow trophy racks.

Hunting black bear in the near future? Before you select your bullet, read on for some in-depth research by contributor Aaron Carter.
News, Ammo