Oh brother, am I going to get beat up for this one. How do you limit this piece to five cartridges? I mean, other than the feral hog, the whitetail deer covers more diverse types of terrain than any other game animal, leading hunters to have a wide variety of favorite cartridges. Additionally, whitetail hunters are perhaps the most fervent defenders and proponents of their chosen cartridges, which can range from the .22 Hornet to the .45-70 Government—not to mention the shotgun crowd. At any rate, I have been assigned this task, so here goes.

.270 Winchester
If any cartridge were designed with the whitetail in mind, it has to be the .270 Winchester. With an effective bullet range of 100 to 150 grains, and enough velocity to reach out and touch someone, the .270 not only bucks the wind well for shots at deer across a beanfield or on the prairie, but hits hard as well. If you own a good .270, and feed it accurate ammunition, you’ve got a setup capable of taking whitetail from Texas to Saskatchewan. 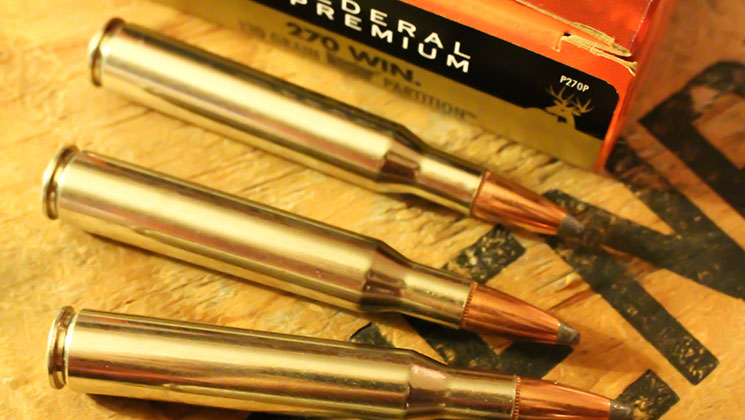 .30-’06 Springfield
Yup, the daddy of the .270 still reigns as one of the best selling cartridges ever, and with good reason. Being .30 caliber, the ’06 has a wonderful selection of bullets (100 grains to 250 grains) and enough velocity to take deer at longer ranges. While the .30s may be looked on as a ‘big gun’ in the southern extremes of the whitetail’s range, you can rest assured that the ought-six will cleanly take any deer on Earth. If you’re a .308 Win. fan—as I am—you can say the same thing about it as you would the ’06; I really don’t think the deer will be able to tell the difference between the two (Yes, this is my way of sneaking six cartridges into a list of five). 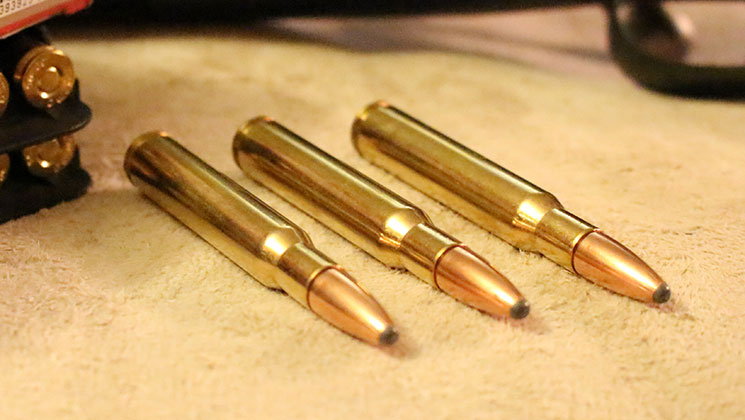 .30-30 Winchester
I’m amazed that the .30-30 still hangs on in this era of high-magnification optics and magnum cartridges. However, it remains a top seller, and if you hunt the northeast, like I do, you’ll realize that most shots in the woods are between 75 and 100 at the longest. If you’ve got a .30-30 that shoots well, it’s plenty of gun. Combine that with the fact that many of the lever guns chambered for the .30-30 are easy to carry and very quick handling, and you’ve got a deer season classic. If you want a bit of extra oomph out of your rifle, look to the Hornady LeveRevolution or Federal Trophy Copper ammunition. 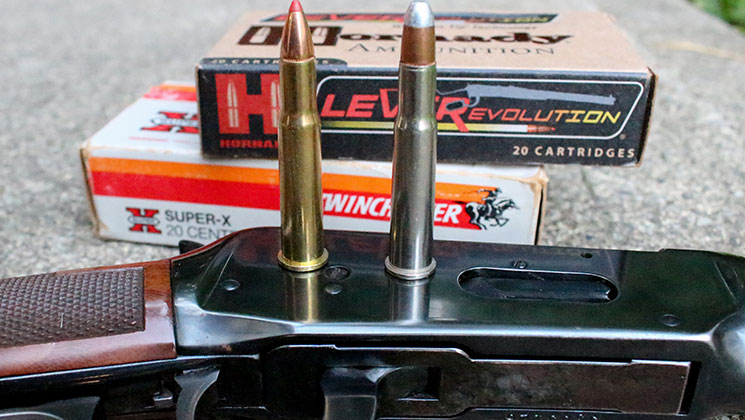 .243 Winchester
The most popular of the 6mm cartridges, the .243 Winchester has certainly earned its place on this list, taking deer and deer-sized game for over 60 years. The big game bullets for the 6mms generally run from 85 grains up to the 105 grainers, but if you put that little bullet where it belongs, you’ve made venison. I will say that for longer shots in windy conditions that I generally prefer the heavier bores, and their heavier bullets. My own best deer came out of Texas (on a hunt with American Hunter’s Shawn Skipper), and I used a Savage Compact Hunter in .243, using 85-grain Federal Trophy Copper ammunition. At a measured 123 yards, the tall-racked seven point buck dropped like a stone when I put that copper slug through his vitals. That kind of hydraulic shock accurately describes the .243 Winchester; it can push the 100-grain pills to right around 3,000 fps, and the lighter bullets can move even faster. For southern deer, and for just about any deer for that matter, you’ll be well served by a .243 Winchester. 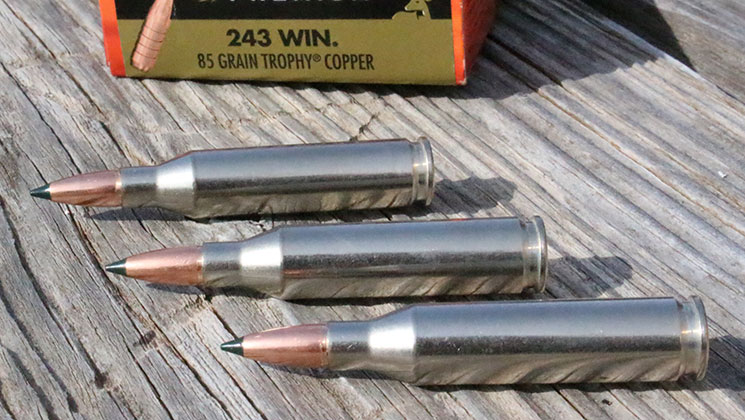 6.5-284 Norma
Here is the dark horse of my list. I have developed a huge attachment to 6.5mm bullets; they kill much better than they should. They offer a great Ballistic Coefficient, for flat shooting, and a high Sectional Density, for fantastic penetration. Having a choice of bullet weights from 100 to 160 grains allows the shooter to tailor the ammo to his or her hunting situation. The 6.5-284 Norma will deliver the serious accuracy goods—I’ve never seen a rifle show such accuracy across a broad range of powders and bullets—and the selection of 6.5mm bullets offer something for all shooters, irrespective of terrain or distance. If you handload your ammo, you can load the 6.5-284 to mimic the velocities of the 6.5x55 Swede, or hot rod it to give some very impressive long range ballistics. If you want a light recoiling rifle, with the wind-bucking capabilities of a .30 caliber rifle, take a look at the 6.5-284 Norma (or any of the 6.5s, for that matter) as a serious deer rifle. I’d bet you’ll be happy you did. 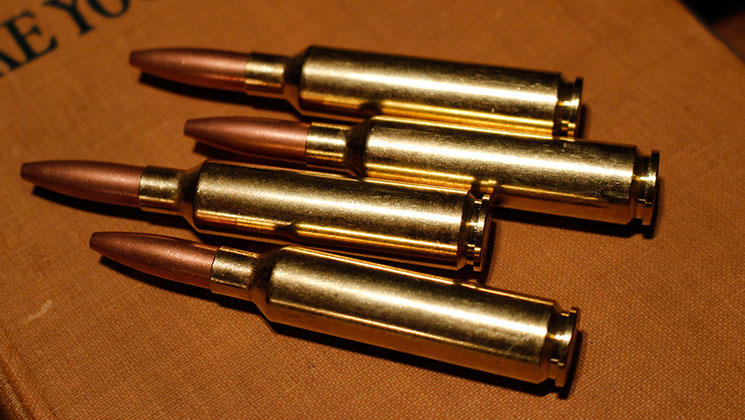 What’s your favorite whitetail cartridge? No matter the answer, deer rifles will always be a source of great controversy and a hotbed of discussion around the campfire.

Want to read more from Philip Massaro? Check out the stories below:

Federal Ammunition: 100 Years Strong | An Official Journal Of The NRA

END_OF_DOCUMENT_TOKEN_TO_BE_REPLACED

Equipped with the revolutionary ACUdraw De-Cock for safe de-cocking, D-1 Trigger and a reverse-draw crossbow design, the compact Fury 410 De-Cock shoots 410 fps, is compact and delivers performance hunters will appreciate at its $1,000 price-point.

In keeping with the trend towards lighter, high-mobility shotguns for pursuing spring gobblers, Benelli USA has expanded the company’s Nova pump shotgun lineup with the release of the Nova Turkey.

Get a closer look at the Savage Renegauge in TrueTimber Prarie, the latest addition to our #SundayGunday series.

The 940 Pro family continues to grow, and just in time for turkey season.

For 2022, Benelli raises the bar in the growing sub-gauge movement with the release of the 28-gauge Super Black Eagle 3, featuring a 3-inch chamber.