How to Field Judge a Pronghorn

How to Field Judge a Pronghorn

I watched the rut-crazed buck run himself ragged trying to keep his harem of 18 does together as the sun cast her last remaining rays across the barren lakebed. Even at 1,000-plus yards, through the mirage and waning light, I could tell the buck was big. But every now and again he gave me a look that made him appear he was in a league of his own. I repeatedly crunched the numbers in my head and, even with conservative estimates, the buck still surpassed the 80-inch Boone and Crockett (B&C) minimum. Was I making a huge judgment error that is so common when field-judging pronghorn? Or was I actually looking at a legitimate B&C buck? Either way, I intended to find out the following morning.

Pronghorn, often referred to as speed goats or antelope, are among the most difficult of all North American species to accurately judge horn size. According to the B&C scoring system, a pronghorn’s score consists of six measurements: overall horn length, four mass measurements and the length of the prong. Sounds simple, right? I wish. 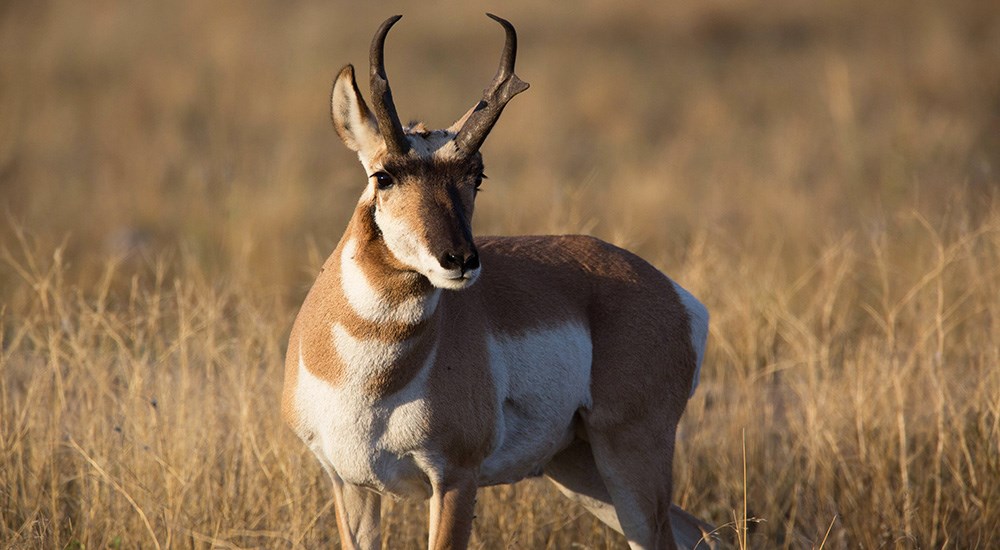 Where the prong is measured is another common misconception. The prong measurement starts at the centerline of the back of the horn and goes to the tip of the prong along the top edge of the protrusion.

It doesn't matter how the measurements add up to 80 inches, but if a B&C buck is your goal, keep in mind the “Rule of 6’s”: a buck must sport a 16-inch horn length, a 6-inch prong, two 6-inch mass measurements below the prong and a total of 6 inches between the two mass measurements above the prong. Add that all together and you get 40 inches. Multiply that by two horns and you’ve got yourself an 80-inch B&C buck.

The most common field-judging methods use the animal’s anatomy as reference points. I will briefly address these methods as they are good benchmarks, but I also want you to consider three additional, rarely talked about “X-Factors” that can make or break your ability to accurately field-judge a pronghorn.

The generally accepted length of a buck pronghorn’s ear is 6 inches. With that in mind, a B&C buck will usually have a horn length at least two-and-a-half times the length of his ear. The width of an eye, which is roughly 2 inches, is another anatomy feature that is commonly referenced to measure mass. When viewed from the side, a buck that appears to have horns close to double the width of the eye is usually a buck with good mass that measures nearly 6 inches at the base. Keep in mind that like humans, the anatomy of a pronghorn will vary animal to animal and that these “rules” are generic starting points.

The first “X-Factor” to evaluate is flat mass versus round mass. When a buck is looking at you head-on, do his bases appear to be thin or is there some roundness to them? When viewed from the side using the 2X eye-width measurement, bucks with both round and flat mass will appear the same. But that side view only takes into consideration the width of the horns, and not overall circumference. While both might appear equal from the side, a buck with flat mass may have a decent base circumference of 5 inches, and a buck with round mass could be sporting massive 7-plus-inch bases. 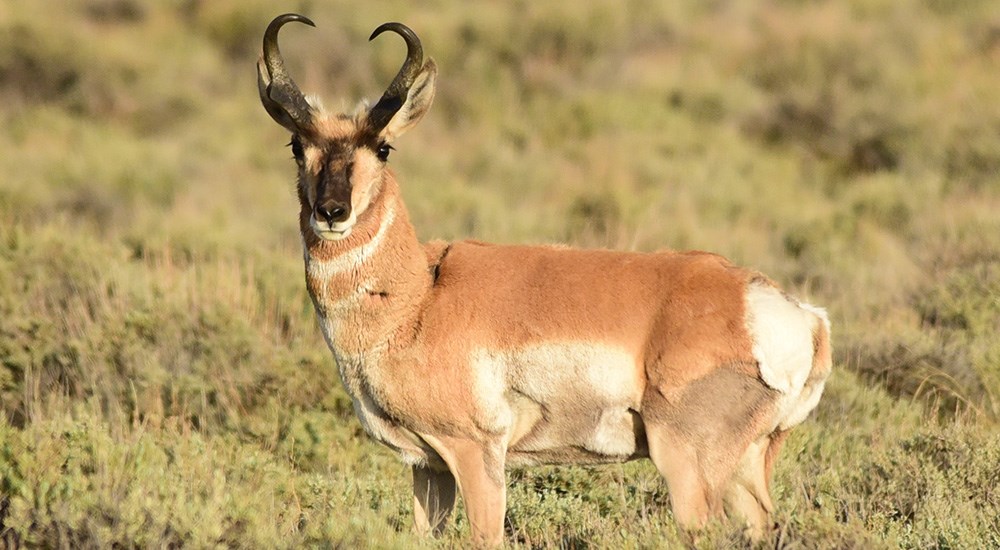 “X-Factor” No. 2 involves the shape of the prong. A good prong will appear to protrude twice the width of the horn when viewed from the side. However, a buck with prongs that wrap inward or flair outward can create an optical illusion. Prongs that have a wrapped or flared shape can easily hide an inch or more from your length guesstimate.

The third and final “X-Factor” that absolutely must be taken into consideration is the overall body size of the buck. An 80-inch buck may not look that much different than most bucks you have seen if he is sporting a big mature body. On the flip side, a solid 74-inch buck with a small body may mislead you to believe you are looking at a B&C buck. Learning to recognize the features of a large-bodied pronghorn can be difficult, but over time you will notice subtle differences. Make sure the buck is noticeably bigger than does around him. If other bucks are nearby, use them for comparison. Also look for what I refer to as the “donkey head.” A pronghorn with what appears to be an oversized head and Roman nose will be a mature buck, and his horns will appear smaller than they really are.

With the unsuspecting buck from the previous evening tending his does 335 yards below us, my wife settled behind the custom .280 AI and squeezed the trigger. The 155-grain Federal Terminal Ascent found its mark, knocking the buck off his feet. As with most truly big animals I have seen, this special buck continued to grow the closer we got to him. My previous estimate was close: The tape stretched to 84⅜ inches, easily placing him in the all-time B&C record book. Not bad for my wife’s first pronghorn!

Tips & Techniques: Installing A Short-Chambered Barrel Without A Lathe | An Official Journal Of The NRA

Rifleman Q&A: Dram Equivalent | An Official Journal Of The NRA

END_OF_DOCUMENT_TOKEN_TO_BE_REPLACED

Ideal for float-trip hunters, duck hunters, or anyone who transports their firearms on or around water, the Floating Gun Case calls on high-density floatation foam to prevent firearms from submerging if dropped in deep water.

Fall/Winter/Spring Food Plot Blend from Antler King provides a food source throughout hunting season and beyond, with the protein and energy deer need to stay healthy and grow trophy racks.

Hunting black bear in the near future? Before you select your bullet, read on for some in-depth research by contributor Aaron Carter.
News, Ammo