Why Small Game is the Key to Hunter Recruitment

Why Small Game is the Key to Hunter Recruitment

As of 2016, there were roughly 11.5 million hunters in the United States. That’s a decline of roughly 2 million hunters since 2011 and a clear indicator that hunter numbers are dwindling. Fewer numbers translate to reduced funding for conservation, and at the current rate of decline hunters could be just a small percentage of the country’s population by 2050.

Those of us who seek to preserve our hunting heritage need to take an active role to help stop this decline. For the last several years, the R3 initiative has prompted sportsmen and women to recruit, retain and reactive other hunters. That process could be as simple as asking a coworker or neighbor if they’d like to hunt with you and serving as their mentor, helping them purchase (or lending them) gear, assisting them with license purchases, showing them areas where they can hunt and joining them in the field. It might also involve asking a hunter who hasn’t been in a few years if they’d like to join you this season. And there’s no better hunt for a new or returning hunter than a small-game hunt. 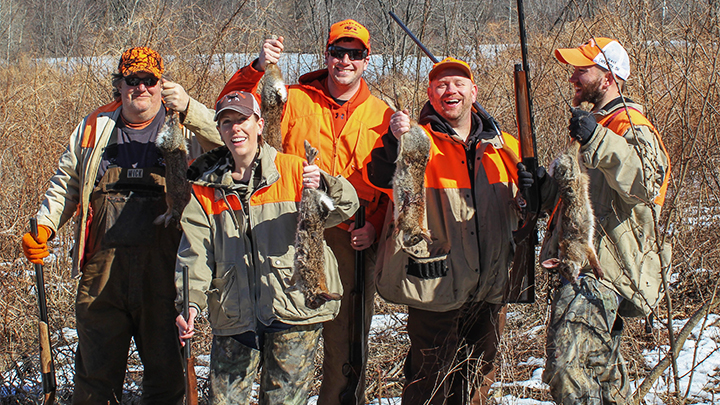 There’s no question that whitetail deer are the most popular and financially important big-game species in North America. But as popular as whitetail hunting is, it may not be the best place for a new hunter to start. Hunting deer is time consuming and requires early mornings and long hours in a cold treestand.

Small game, by contrast, offers a great opportunity for new or returning hunters to get into the sport. Here are four reasons why you need to pencil in a few days of small-game hunting on your calendar—and why you need to bring a friend.

• Small-Game Hunting is Casual: There’s no need for cover scents or head-to-toe camo when hunting small game. It’s possible to chat and even move around, and there’s no requirement to get up in the wee hours of the morning to go small-game hunting. When I am introducing a new hunter to the sport, I almost always take them rabbit hunting with beagles. The dogs do the work while I explain what’s happening to the rookie hunter, and that time spent chatting helps most people feel more comfortable in the field. Squirrel and dove hunting also offer that same laid-back, easygoing atmosphere. 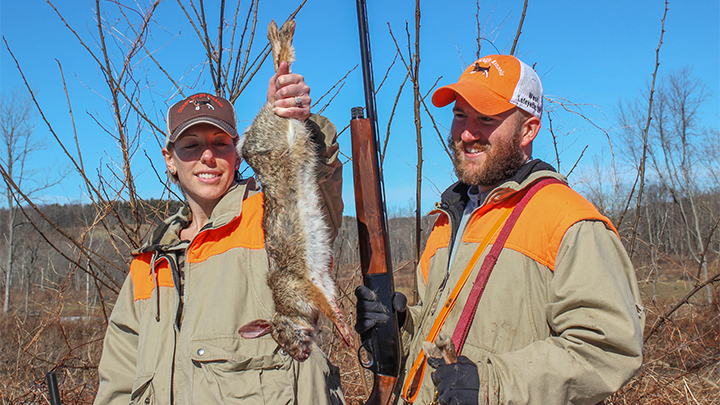 • Minimal Equipment is Required: If you’re new hunting friend has a pair of boots, a coat, a gun and a license, they’re well-equipped to hunt small game, and even if they don’t have that stuff, you can probably lend it to them without breaking the bank. It’s far easier to outfit a second hunter with a spare Carhartt coat and a single-shot .22 than it is to provide them with all the gear they’ll need for a high-mountain elk hunt. No rangefinders, binoculars, spotting scopes, wind meters or technical hunting gear is required, and if your new hunter wants to venture out and buy their own equipment, they can do so without spending a lot of money. 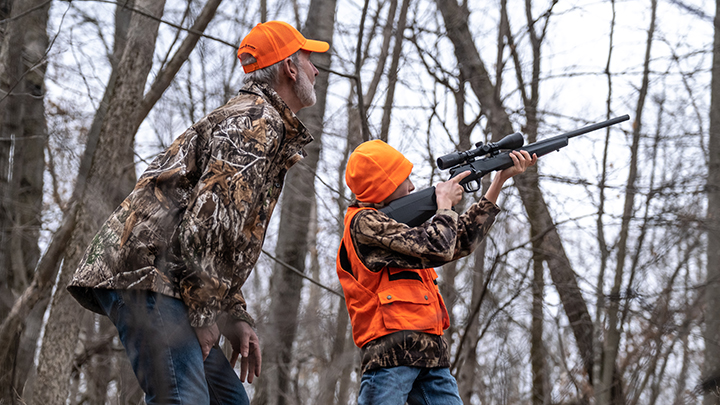 • There’s Lots of Opportunity: Some animals require a tag that may take years to draw, and very few fledgling hunters are interested in taking up a hobby that they may or may not be able to participate in for years. Small-game hunting, by contrast, generally requires nothing more than a hunter safety card and a standard hunting license. And perhaps most importantly, there is a lot of access for new hunters. State wildlife areas that may be crowded during deer season oftentimes offer plenty of opportunity for squirrel, dove and rabbit hunters. This easy access will prompt new hunters to come back again and again. Obtaining access from landowners is oftentimes quite easy when hunting small game, and squirrels and rabbits offer much better opportunities than most big-game hunts. 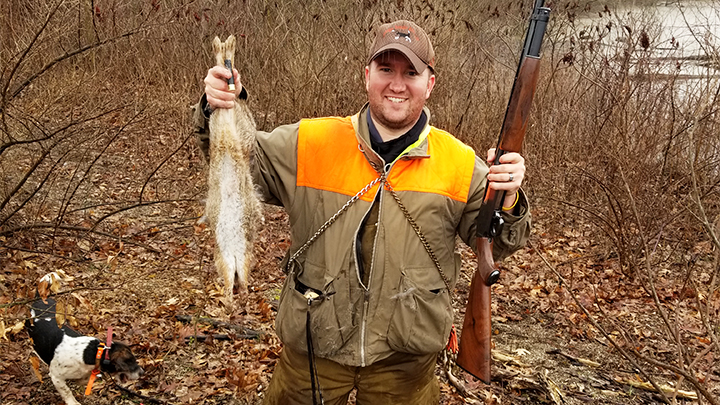 • Meat Care is Less Complicated: Most new deer hunters are overwhelmed with the process of field dressing or quartering a deer. Small game, on the other hand, is very easy to care for. It’s possible for anyone with a reasonably sharp knife and some basic skills to dress and clean a rabbit or squirrel in a matter of minutes, and there are plenty of easy recipes for small game (rabbit makes an excellent replacement for chicken in many popular dishes). There’s no need to take it to a butcher and pay processing fees, either.

NRA Gun Of The Week: Browning Citori Hunter Grade II | An Official Journal Of The NRA

END_OF_DOCUMENT_TOKEN_TO_BE_REPLACED

New For 2023: Benelli Montefeltro | An Official Journal Of The NRA

New 4473 Released By BATFE | An Official Journal Of The NRA