How to Create a Buck Showstopper

How to Create a Buck Showstopper

With the oncoming rut, whitetails begin to step up their pace. More movement equals more potential meetings for you, but it also could lead to risky shots on bucks in perpetual motion with testosterone taking the wheel. Take back the wheel and add showstoppers to your hunting location. A paused buck offers you a higher probability of an accurate shot when buck fever is already reducing your odds.

Smelly Stop Sign
Whitetails have nearly 300 million scent receptors working overtime in their nostrils. Scent is an important factor in their life and survival. Use their gift to your benefit by pausing them with scents. Whitetail scents of all flavors have the ability to force deer to stop and investigate a new but benign odor in their homeland. A safe scent is buck urine in the early fall leading to the rut. Options, such as Golden Buck, instigate bucks to scrutinize the scent of an intruding buck as they attempt to maintain territoriality. 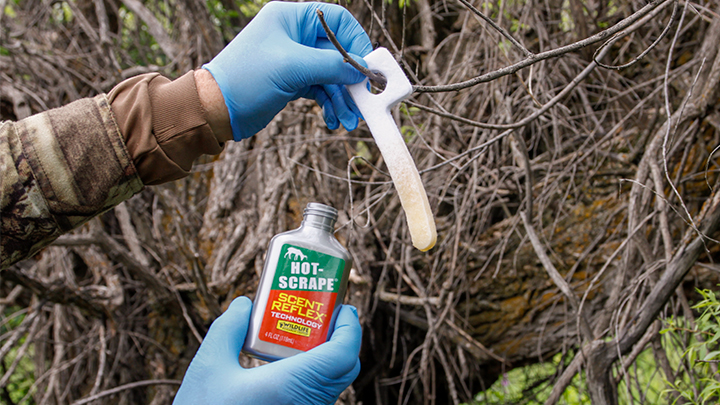 Buck or doe urine has the same pausing capacity. Scent can be dispersed via a mist, a soaked wick hung upwind of a shooting lane or within the ruse of a mock scrape. Fill a temperature-controlled dripper that only dispenses scent during the warmer daylight hours over a real or mock scrape, and wait for a buck to take the bait.

You Rub Me Wrong
You see the frustration of bucks banking a surge of testosterone as they wait for the first doe to come into estrus via an explosion of rubs along trails and edges. Sure, bucks have more than enough options in most localities for limbed sparring partners, but an aromatic, strategically placed post has stopping power at your ambush site. You may be able to harvest a stout tree on private property of the preferred variety bucks thrash. Aroma and softness of wood are two top prerequisites for rubbing appeal. If not, purchase a cedar post at a farm supply store. 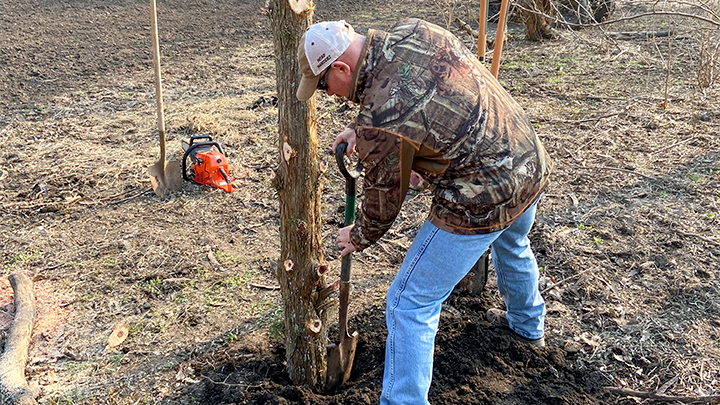 Plant the mock rub along a highly traveled trail already littered with rubs. Locate it inside timber away from a field edge position to pause any buck lurking in cover at the end of shooting light.

What the Heck?
Sometimes just an out-of-place object has the power to make a buck pump the brakes. One of my friends swears by the mere act of turning over fresh soil with a shovel to make bucks stop every time. I have used old tires, rusty barrels and other woodland junk placed on a trail to make a buck stop for a second look when I forgot to pack scent in my daypack.

You can even utilize fallen limbs and trees to block trails, or create obstructions that deer pause to question before making a detour decision. Follow with scent control on your hands and feet to avoid leaving clues as you get creative with your obstructionist motives.

Quit Staring
A ruse that works particularly well for bowhunters is the use of a decoy. An antlered stranger in a buck’s territory automatically draws the attention and ire of the homeowner. Although you could use a doe decoy, an immature buck decoy irks other bucks in the pre-rut as they maintain pecking order and dominance. 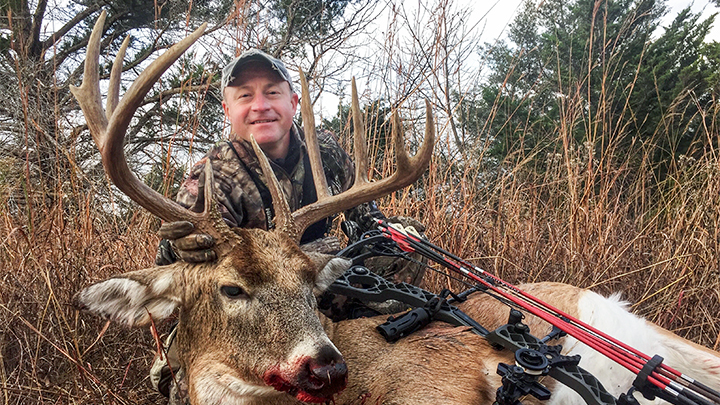 These tactics have the braking power to give you a brief shooting window opportunity on bucks that are revving their motors for the rut ahead.

Blindsided: A Guide to Blind Building or Buying

How To Pattern A Shotgun | An Official Journal Of The NRA

Beretta's Model 1301: Fast, Reliable And Attractive | An Official Journal Of The NRA

END_OF_DOCUMENT_TOKEN_TO_BE_REPLACED

Get a closer look at the Franchi Instinct Sideplate, the latest addition to our #SundayGunday series.

The Airgun Sporting Association, the trade organization of the airgun industry, announced that West Virginia will soon be allowing air-rifle hunting for both small and big game.

Antler King’s Red Zone food-plot mix is designed to give hunters an opportunity at a trophy buck no matter what season they hunt.

From alpine slopes to desert floors to the whitetail woods, Covert Optics 8X42mms and 10X42mms are made to help hunters dissect the details of wild landscapes to uncover a prospective target animal, or accurately size up a cruising buck in the distance.

How to Sharpen a Knife, How to Use a Knife Sharpener, Work Sharp
END_OF_DOCUMENT_TOKEN_TO_BE_REPLACED
Join The Hunt