10 Guns Every Hunter Should Own

Perhaps the most opinionated argument of all time is, “What’s the best gun?” It all comes down to an unscientific determining factor known as “what I like.” That said, here are 10 firearms every hunter just has to have.

A Rifle for Women, Designed by Women: Weatherby's Project Camilla

At SHOT Show 2016, Weatherby premiered its new Vanguard Camilla, a rifle designed exclusively with the huntress in mind. The company's mission, from the start, was to craft a rifle that was designed from the ground up for women, by women—and not to just make a smaller, pinker version of a standard Vanguard. The result is the Camilla. To honor Camilla—and huntresses everywhere—the company rolled out a tribute video discussing the rifle's beginnings, just in time for Mother's Day 2016. 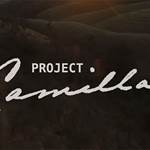 For a first time handgun hunter, a little practice paid off. NRA Publications Editorial Director John Zent invited Senior Digital Producer Tom Rickwalder to the range to test fire the Taurus Raging Bull in 44 Mag. After a little work, they both decided Rickwalder was ready to go on his first handgun hunt. Turkeys and whitetail would serve as his targets in Virginia. Get an inside look at the hunt with this gallery.

A Shooting Lesson from a Navy SEAL